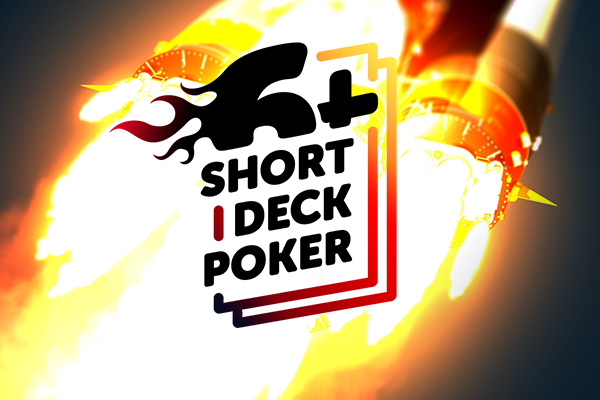 Also known as Six-Plus Hold’Em, Short Deck Poker is a Hold’Em variation that became increasingly popular over the past year.

The game is played in the same format as No-Limit Omaha or Texas Hold’Em, with players betting, folding, checking or raising before each street and sharing a total of 5 community cards.

The 2 things that make Short Deck Poker unique are:

One more thing about low straights:

In traditional Hold'Em games, the Ace (A) card can count towards a low straight (A2345) as well as a high straight (TJQKA). Despite the lack of cards 2-5, in Short Deck Poker you can still make a low straight with the following cards: A6789.

Learn more by checking out our Short Deck Poker infographic.